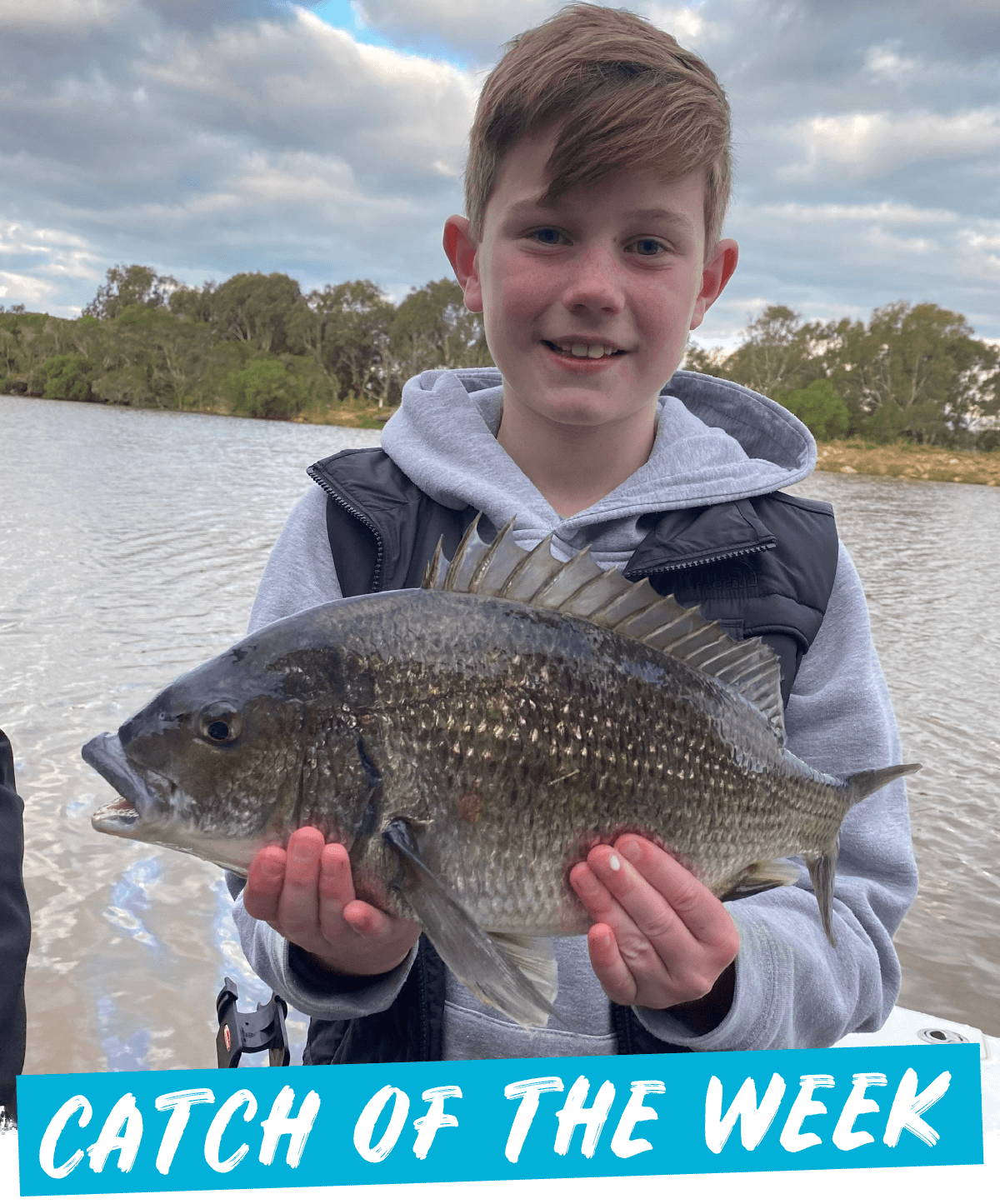 Congratulations to Lucas Pola on your 44cm bream caught in the Mitchell River, you are this weeks Catch of the Week. 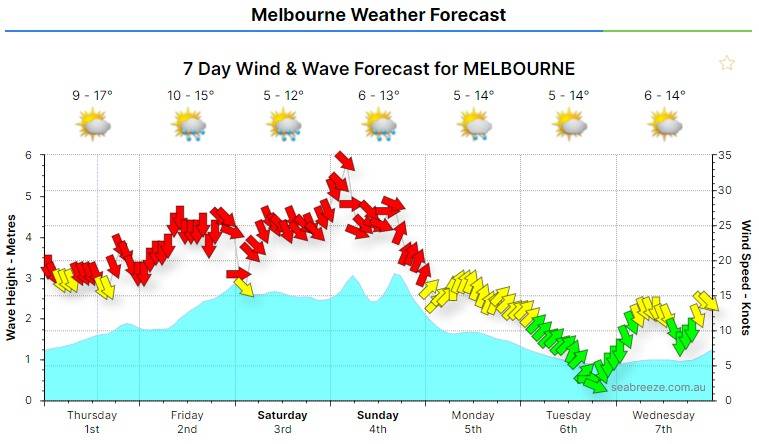 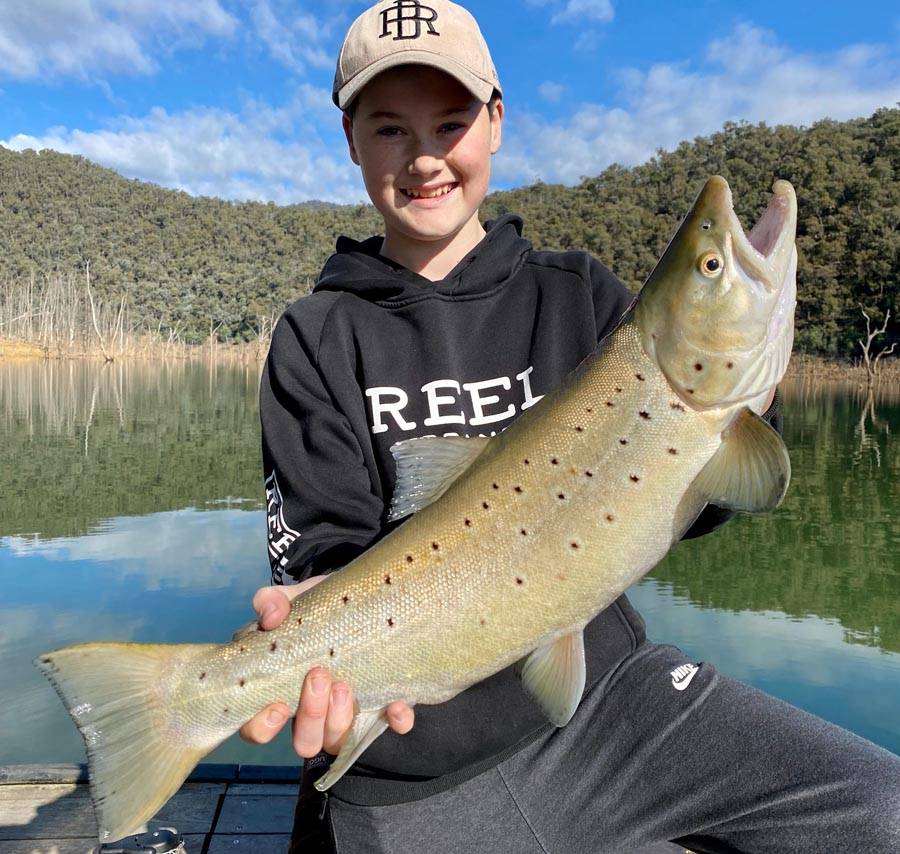 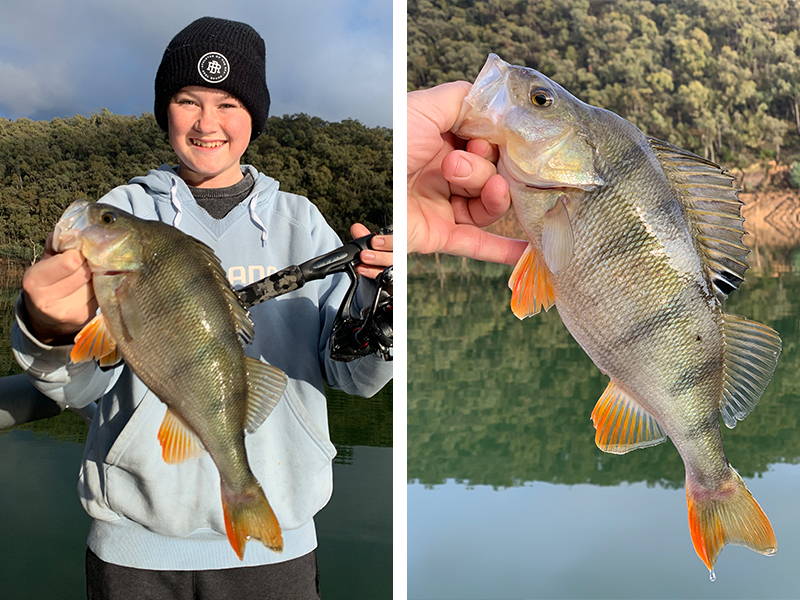 Paul, Cristy and Jet Worsteling have spent some time on a house boat at Lake Eildon for some school holidays fun. The fishing has been fantastic with good numbers of brown trout, redfin and of course carp. The biggest fish has been Jet’s magnificent brown trout caught on his first cast using a Tassie Devil in colour #51; it is one of the biggest trout Paul has seen caught from the lake. They have done very well trolling for brown trout with a number caught around 1 to 2 pounds. Flat lining Tassie Devils and also down rigging to around 10 metres of water have produced the best results for the trout. Redfin have been caught on small spoon type lures amongst the timber. Carp have been caught in big numbers off the back of the house boat using corn and worms. Murray cod have eluded the Worsteling’s so far but fingers crossed that changes soon. 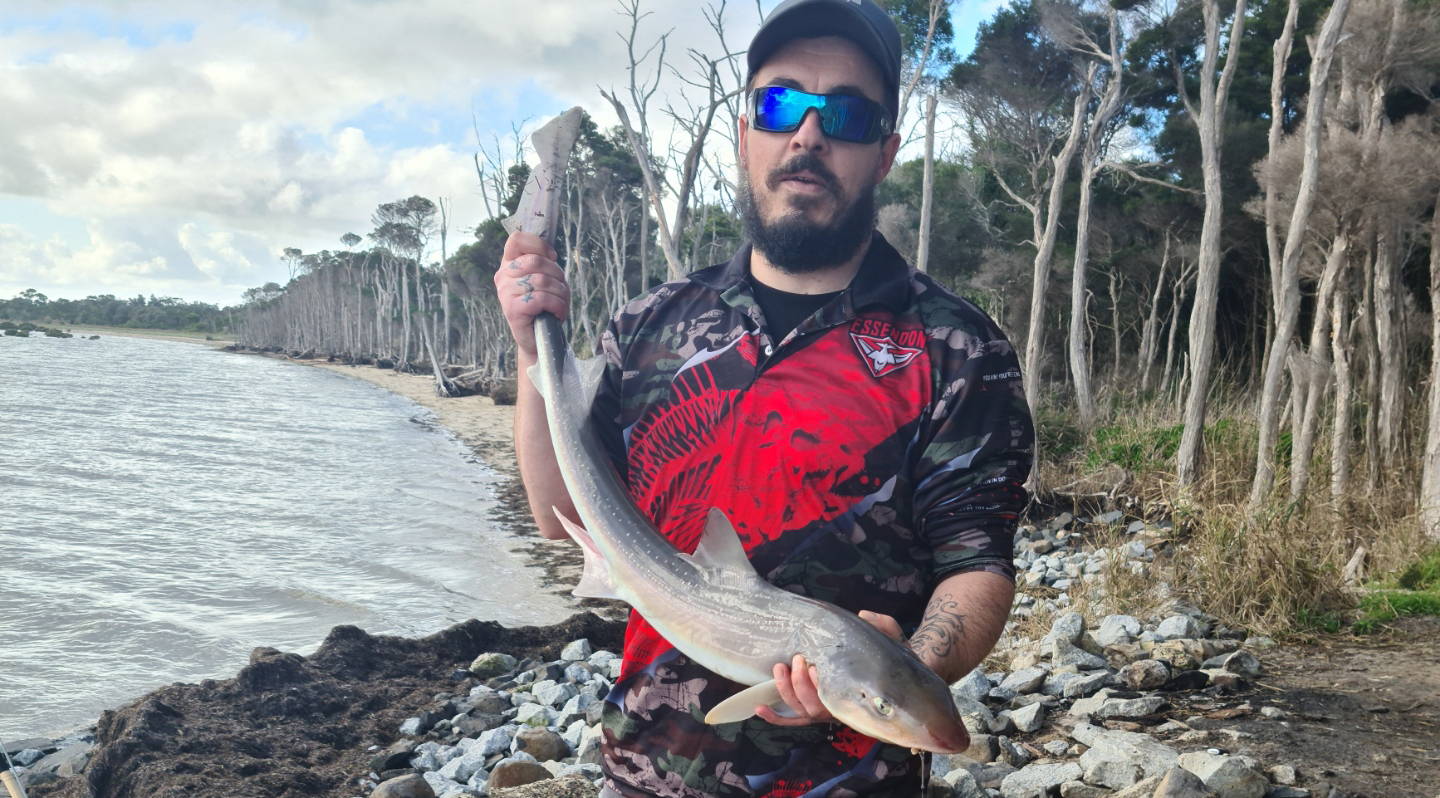 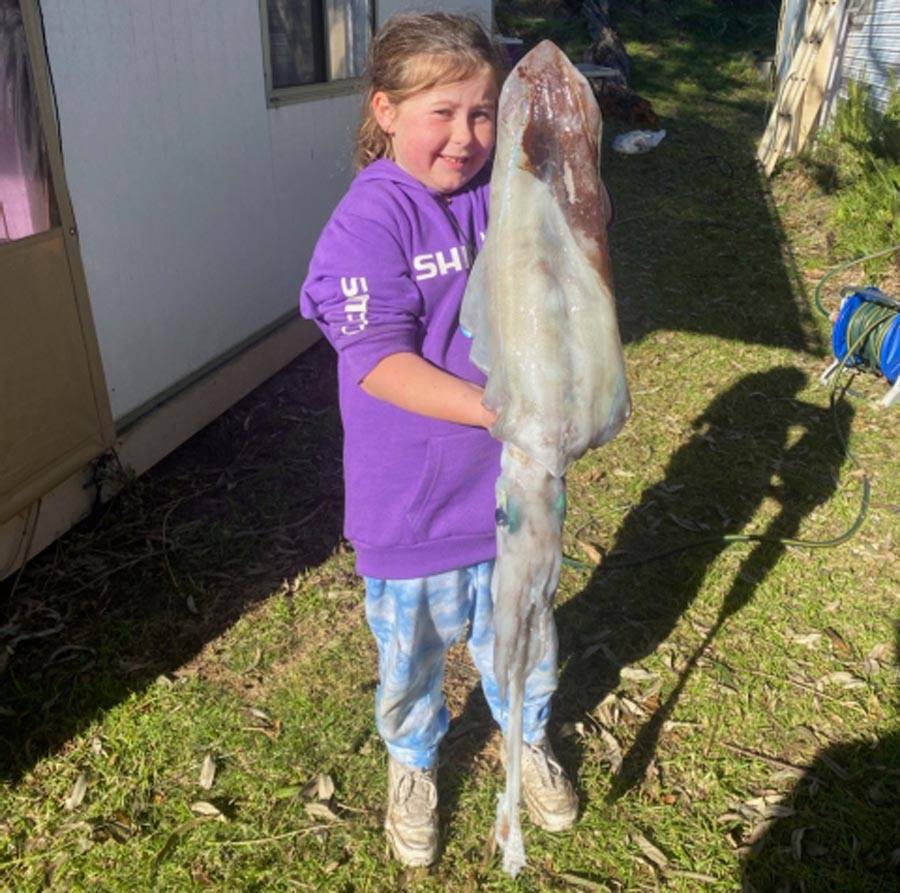 Georgia caught this monster squid fishing off Phillip Island with her dad. Georgia used a rainbow coloured jig to catch the squid. 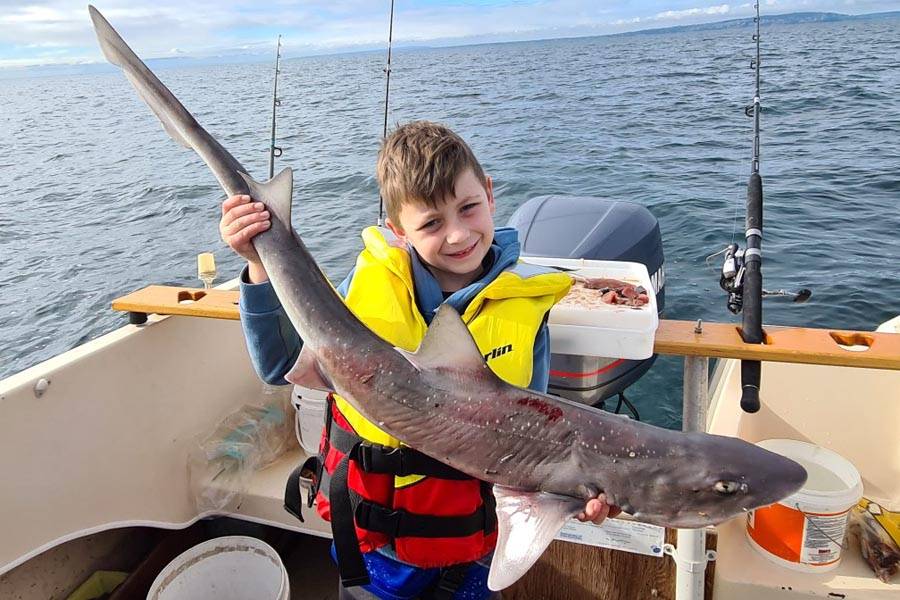 Ollie with a ripper gummy caught out from Rye while fishing with his dad Steve. They caught 3 during the session using bonito strips and fresh squid. 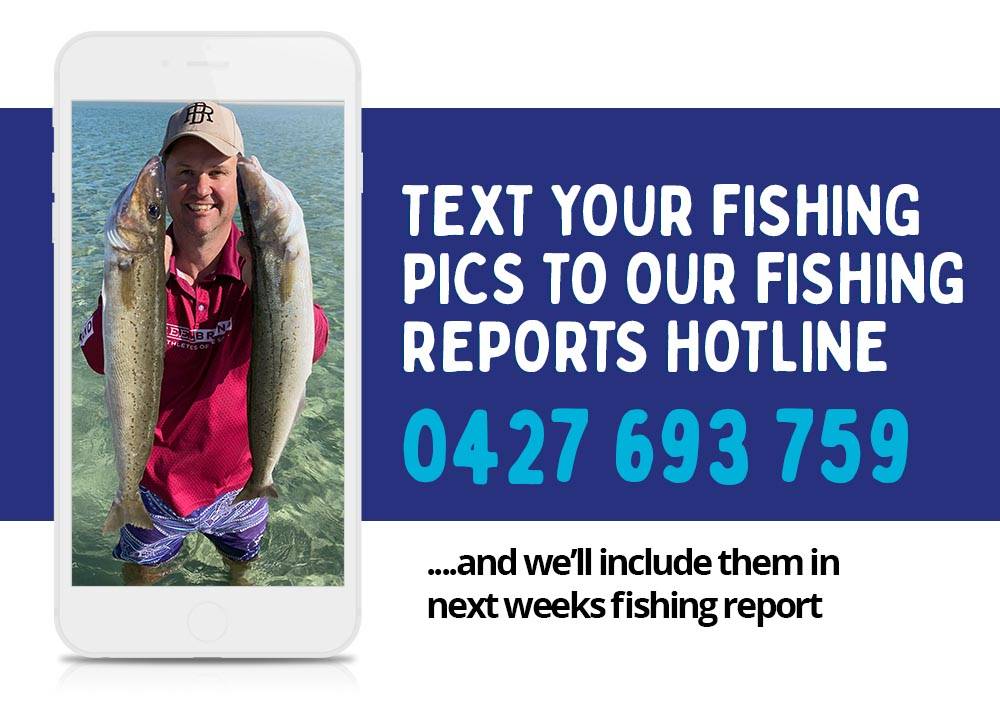 AROUND THE STATE & BEYOND 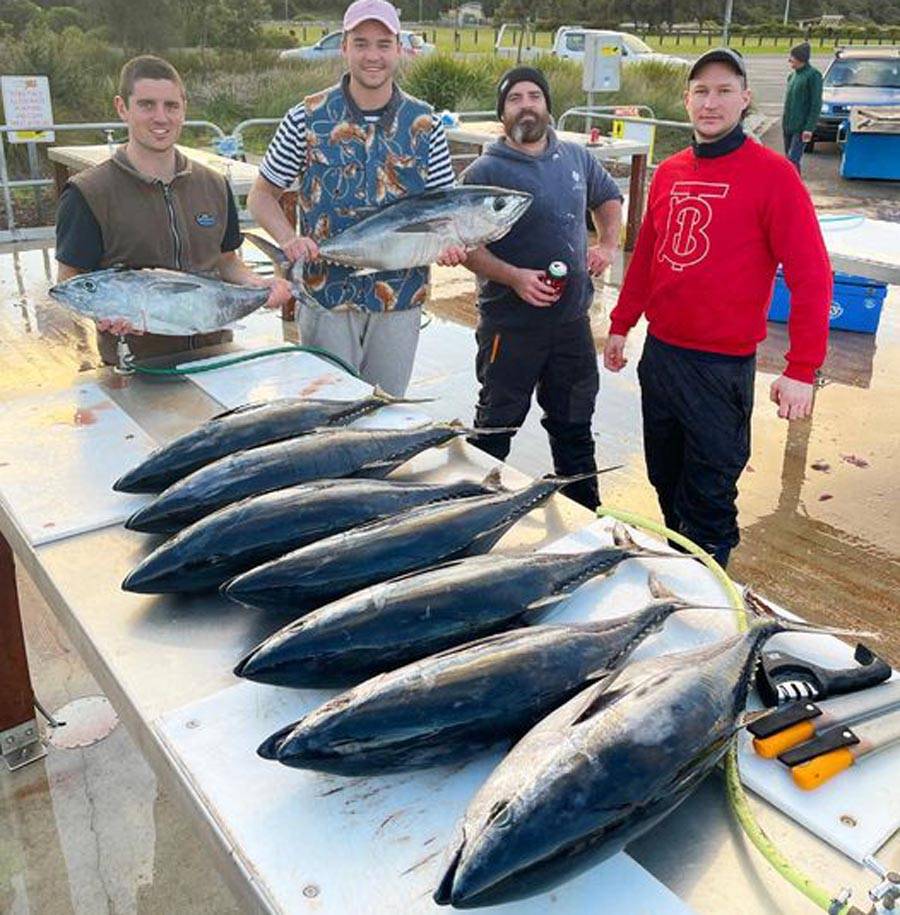 Chris Cassar from Cassar fishing charters helped his customers get stuck into some fantastic school tuna out from Portland this week. 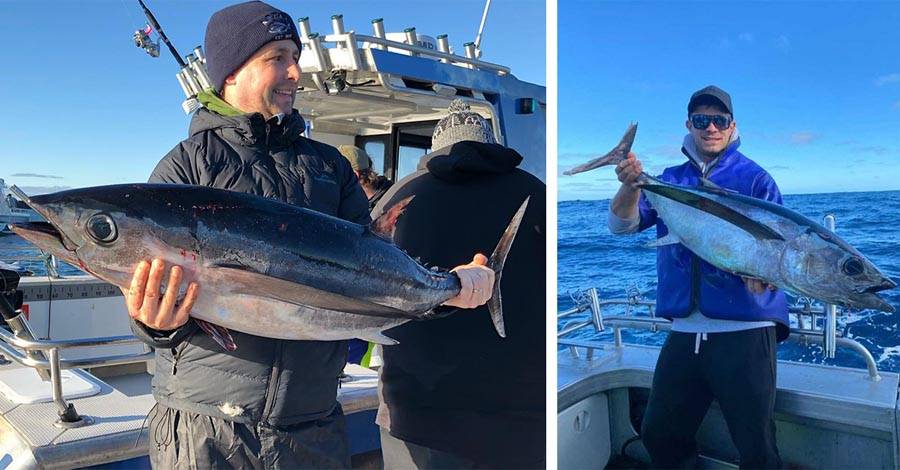 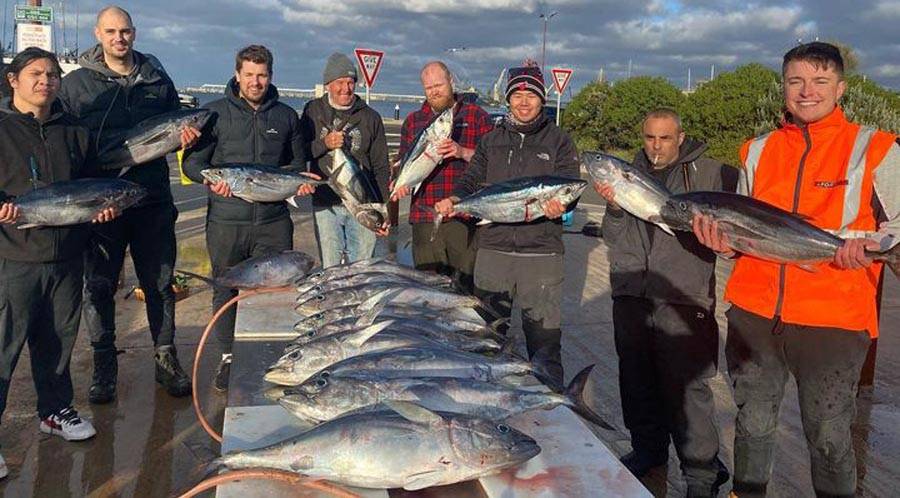 Matt Cini from Reel Time Fishing Charters had a ball with his customers this past week with plenty of tuna to be found plus some nice albacore thrown into the mix. 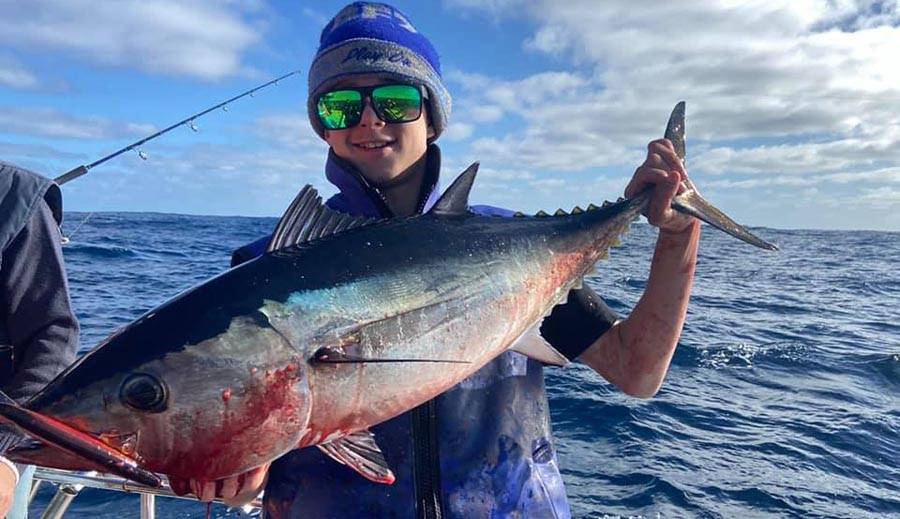 Marco from Sharkmen Fishing Charters had a ripper trip with his customer this week with some fantastic school tuna caught. 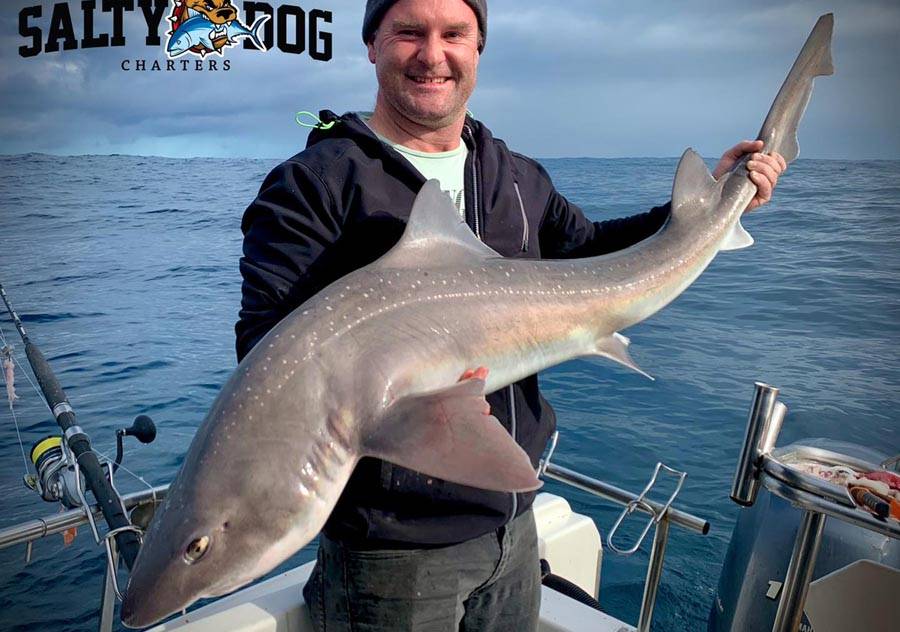 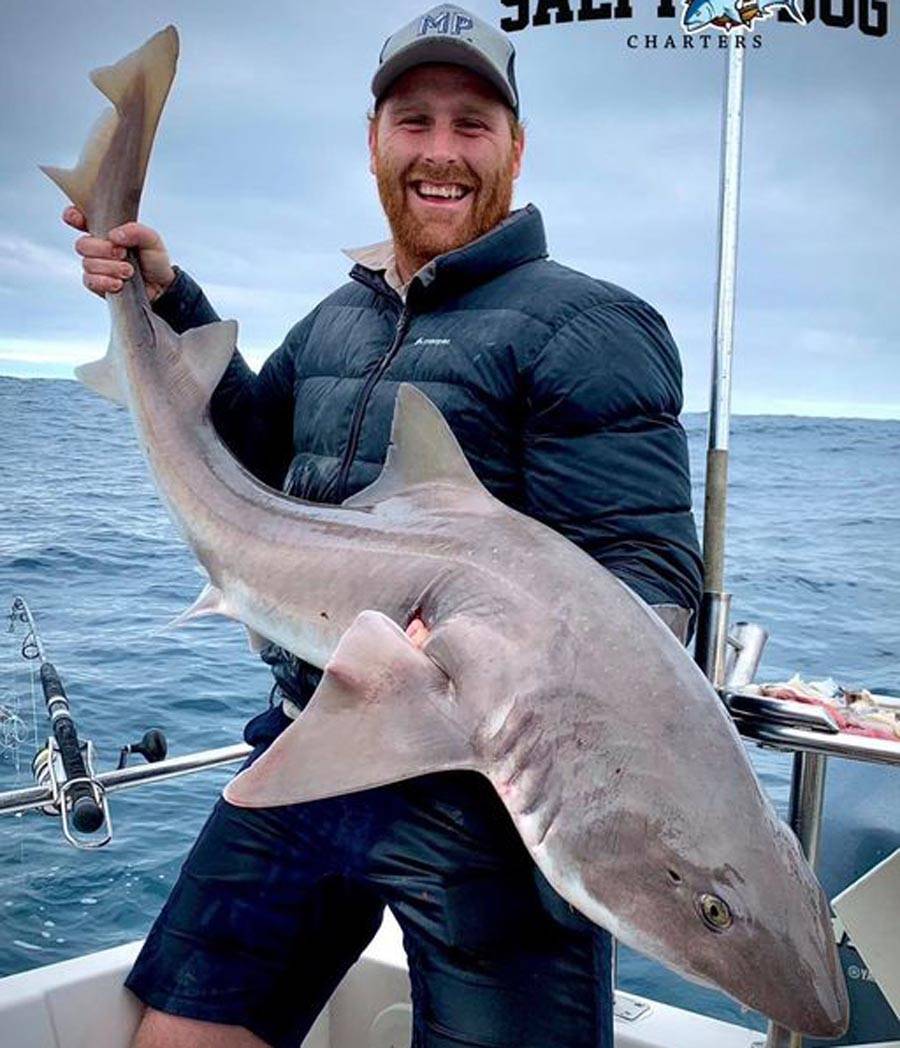 Dan Hoey from Salty Dog Fishing Charters helped his customers get stuck into some beautiful gummy sharks fishing out from Port Fairy this week. 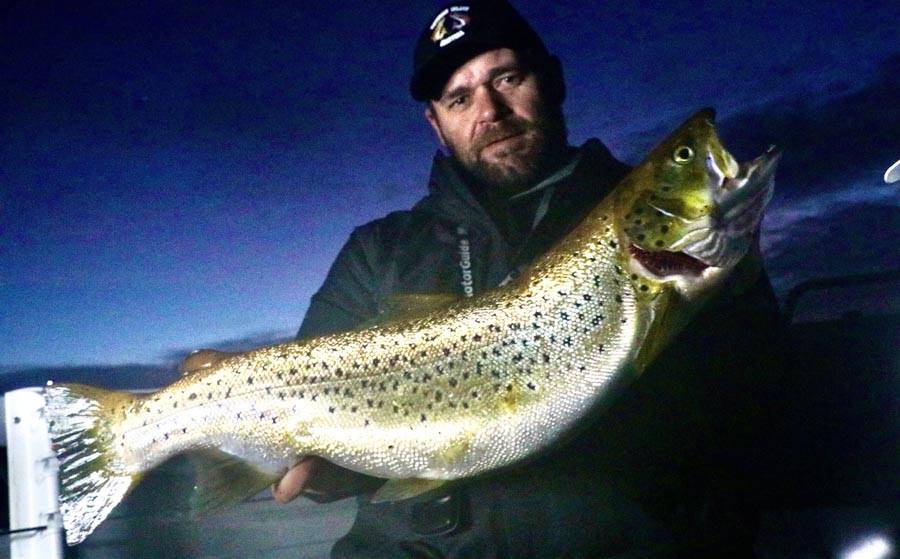 Mick from Victorian Inland Charters fished Lake Purrumbete over the weekend and found some nice redfin to 37cm caught on 3in minnow soft plastics in up to 20 metres. Mick also picked up some nice brown trout to 69cm using Bent Minnows worked along the edges of the weed beds in the evenings. 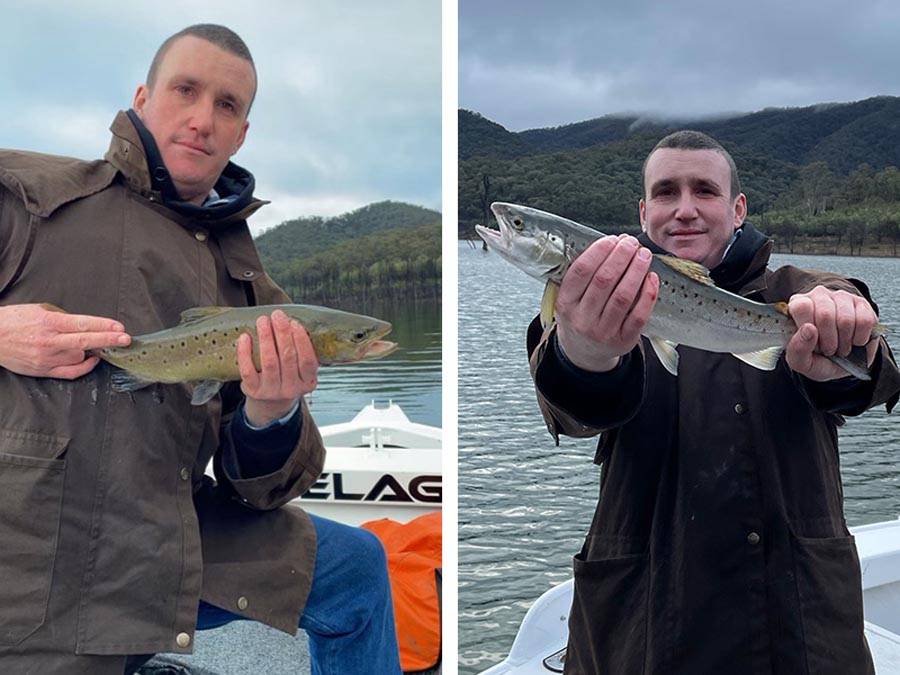 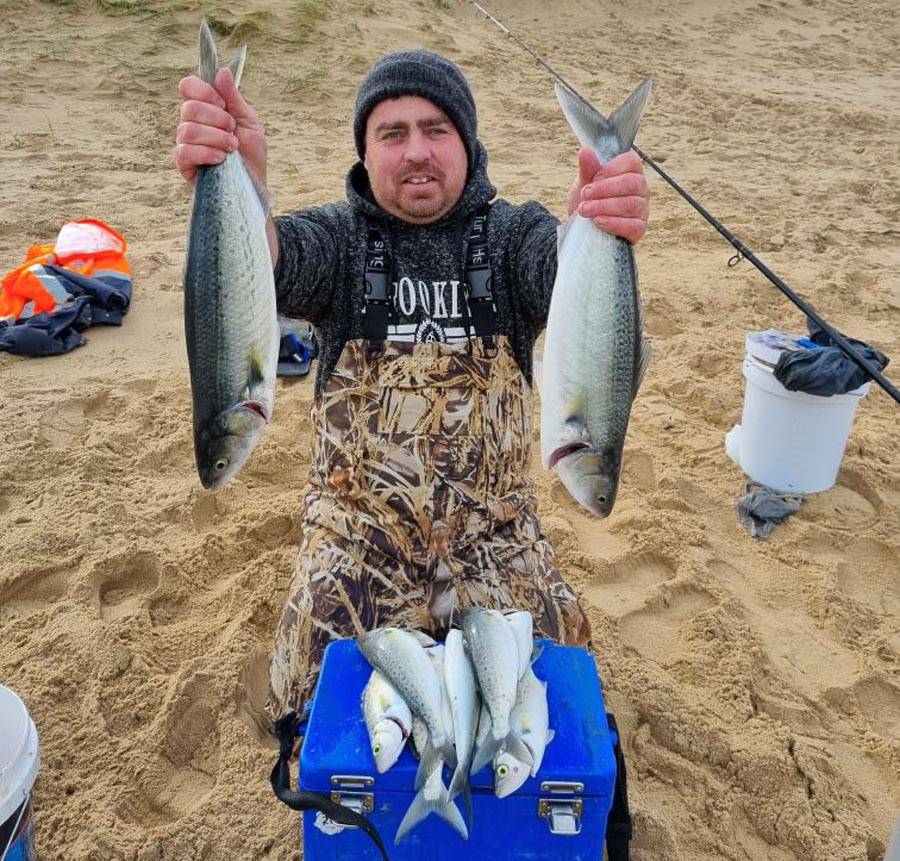 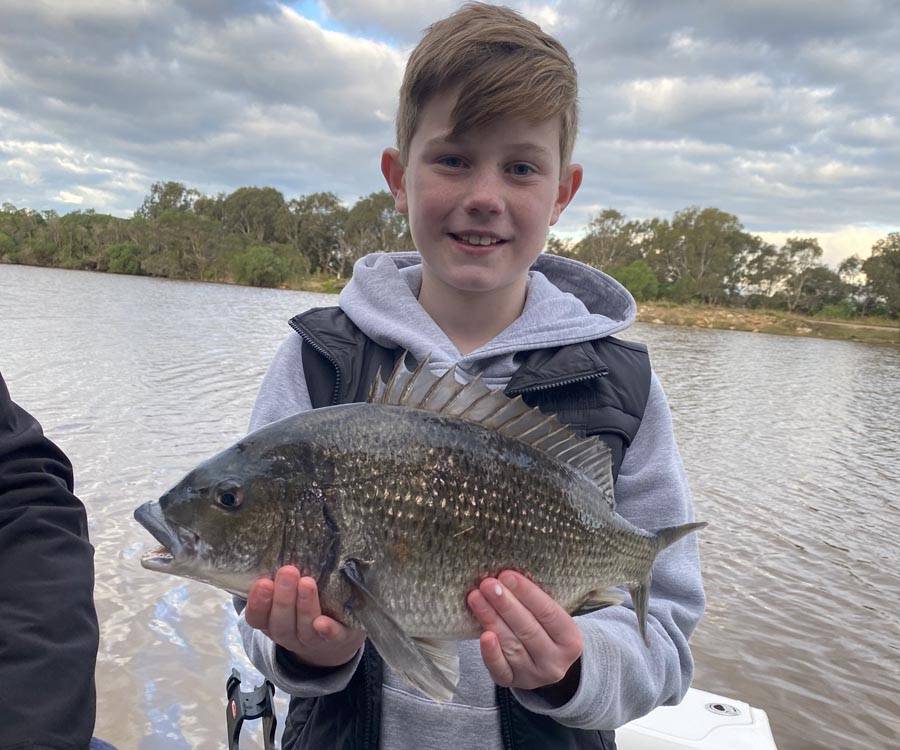 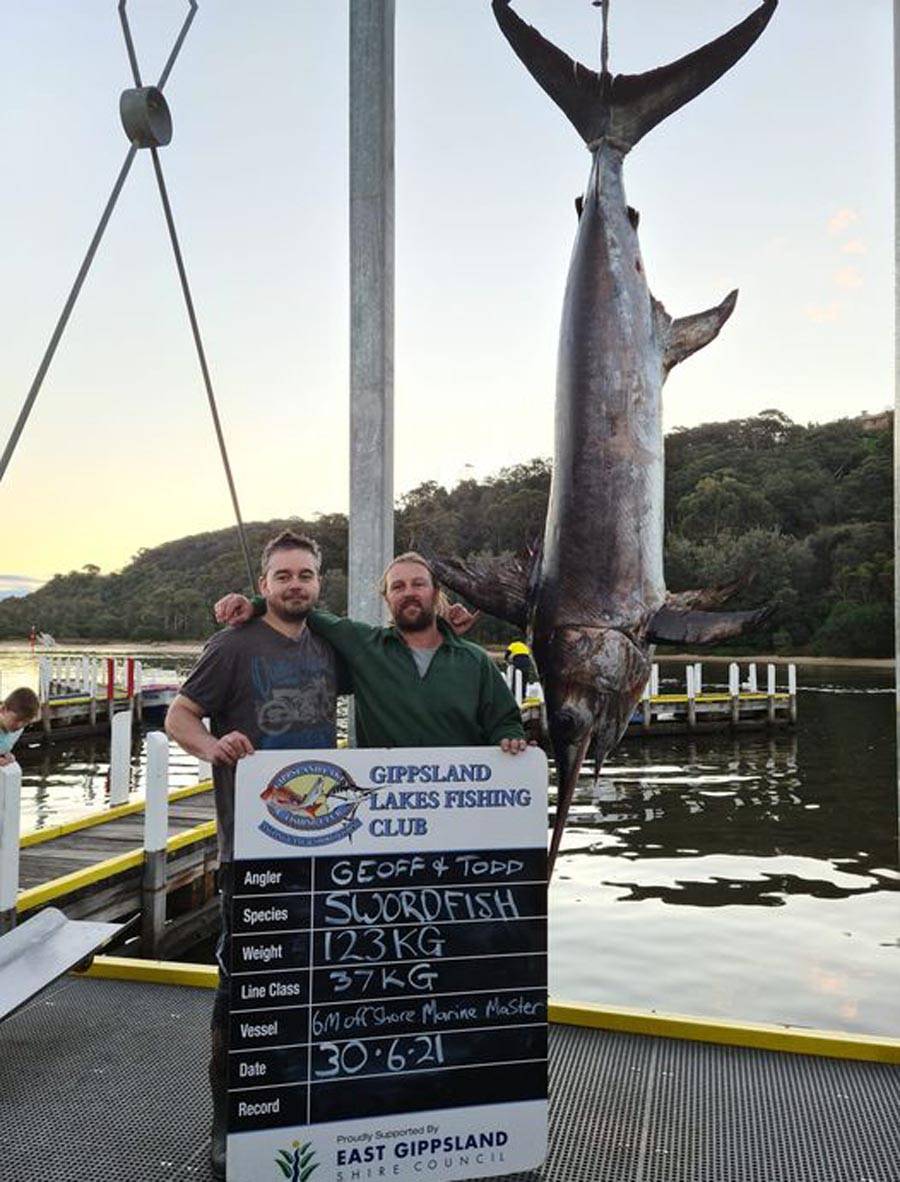 Geoff and Todd with a ripper 123kg swordfish caught out from Lakes Entrance. 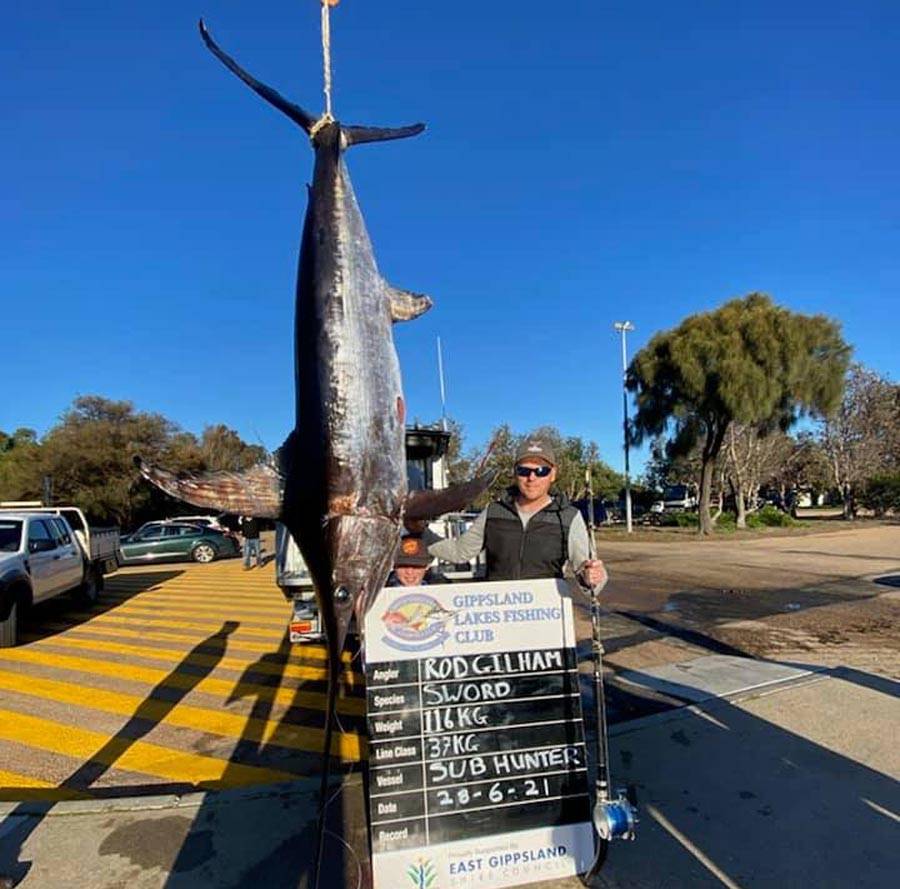 Rod Gilham and his fantastict 116kg swordfish caught out from Lakes Entrance. 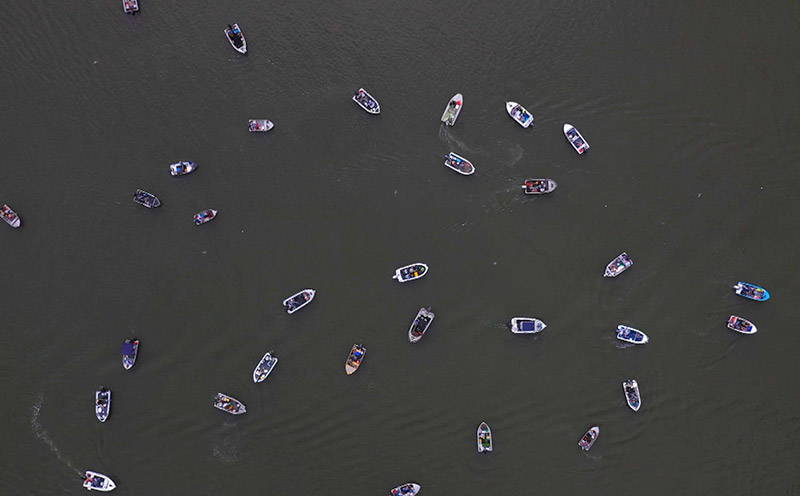 GOLD COAST, QUEENSLAND
Target: Banana Prawns
Sunday 4th July, 2021 on
10 BOLD at 5pm
I’ve been lucky enough to experience many different forms of fishing over the years – but nothing as epic as this! 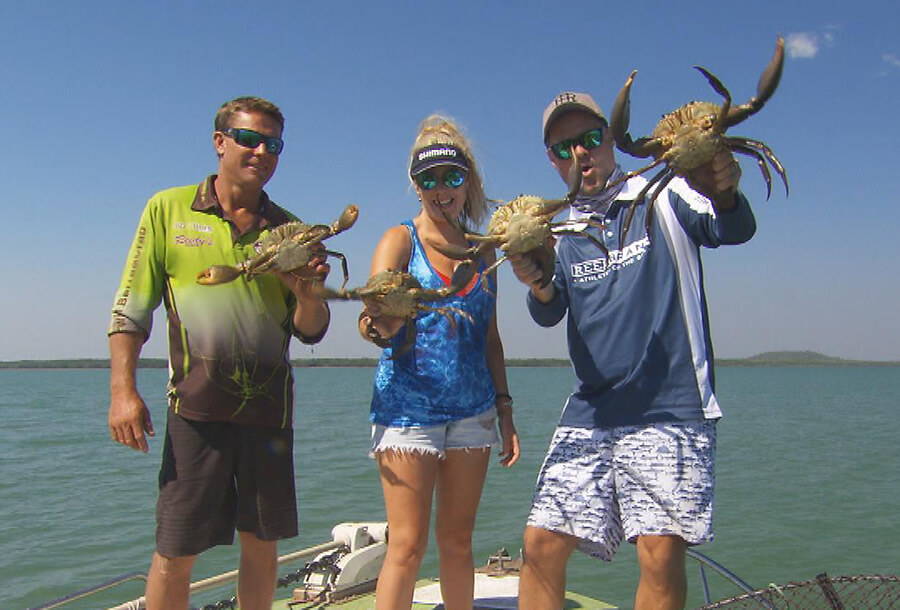 Catch past episodes of IFISH TV on Youtube so you can get your fishing fix any time, any where.

Catch "Talking Fishing" on Melbourne's C31 TV (CH44) at 8.30pm each Tuesday night. Staff members David Kramer and Adam Ring together with Steve ”Trelly” Threlfull host Australia's only "Live to Air" fishing television program at this prime time-slot. Put Tuesday night’s at 8.30 away in your weekly diary of TV shows to watch!

Good Luck with your fishing and stay safe on the water,